Should I own a gun? Interesting question! The answer as with many issues in life is, it depends.

Let me share my thought process around gun ownership, using an analogy, to support this important and very personal decision.

When I was about ten years old my dad bought me a mini bike. A year or so later he bought me a used Honda 50. It was still a mini bike but it was at the top of the mini bike food chain. A couple years after that I inherited my dad’s Suzuki 80. A few years after that I moved up to a Honda 175 then on to a Husqvarna 250, then a Honda 250, then a Honda 650. Today I’m in my 50’s and I ride a Harley Davidson Ultra Glide.

As you can see I have been in the saddle for literally thousands of hours.

Now imagine if you had never ridden and you came up to me when you were age 50 and you asked me if you should buy a Harley Davidson motorcycle. Honestly, I’d urge you to think very carefully about that decision. Why? Because I have seen people, usually men, that have never ridden or they rode but it was 35 years back and now they want to hop on an 800 pound beast with 70 plus horsepower. Without the proper training that’s a recipe for disaster.

I’ve advised more than a few folks to not buy a motorcycle because I fear for them. They simply don’t know what they don’t know about riding. So should you own a gun? Well, indulge me just a little more.

It’s really hard to explain to people that much of what I know about riding a motorcycle I learned in the early days when I was riding on dirt. Those are lessons learned over years of after school riding with buddies on dirt trails. So many learning’s from those days still apply today but if tell a guy to go ahead and buy a bike, he’s not going to have the years of riding experience to help him transition to the big bikes of today, especially when he finds himself in a tight spot requiring an instant decision with his new bike.

Now if I get the sense a guy or gal is willing to go get the necessary training at the Motorcycle Safety School and then practice like crazy then I will likely say go for it, but be careful.

I share this long example as an analogy to gun ownership because many of the same principles apply to deciding whether you should own a gun. I have friends that grew up in a family that always went shooting. The mom and dad taught safe gun use. The kids all knew how to safely clean their guns. I, on the other hand, came from a mostly non gun toting family. My grandfather had guns and I went shooting with him a few times with a.22 pistol and a.22 rifle. He taught me how to clean both as well. It was fun. But when he died, so did my access, training and use of guns. So when I consider the question, should I own a gun, I have to think carefully.

Although I have a few friends that have great comfort around guns that is born out of a life time around them, I do not share that experience. As you might guess, as of the writing of this article I do not own a gun. I am considering purchasing one. However, just like the guy that rode a mini bike 40 years ago, I don’t know what I don’t know. I have a ton of gun training I need to apply myself too. Sure it can be fun, but to be safe I can’t cut any corners and neither can you.

So, we’ve come full circle. Should you own a gun? It depends! By all means, if you plan to purchase some hands on training and apply yourself, then absolutely, you should explore the gun or guns you like and then buy one or more. But for heaven’s sake, just like a powerful motorcycle, guns deserve lots of respect. Put the time in, learn how to use and clean them. My interest today in owning a gun or two is twofold. One reason I’m interested is for sport shooting… it’s just fun. The other reason, you can probably guess, is for protection, God forbid. I ever need it.

As you may be aware I am huge proponent of being prepared for any and all emergencies. But I’m not a way out there “prepper” like those folks you may have seen on TV. I’m a person that believes in acquiring a modest amount of knowledge at a fair price before hand and then applying that knowledge in reasonable manner. Gun ownership falls right in line with being prepared.

As a gun owner, being prepared requires learning how to shoot, clean and always be safe with the gun. Hopefully this article gave you some pause, an alternative and perspective on gun ownership (as well as motorcycle ownership) and how to prepare for the future.

If your stressed out by what’s going on in the world today, join the crowd… me too! Taking modest steps to be emergency ready actually lowers stress. Why? Because you have a plan. Regardless of the crisis, getting prepared now need not cost a ton or take countless hours of your time. Take the first positive step to getting prepared by visiting: http://www.247surviveacrisis.com]

Photo by Thomas Tucker on Unsplash

5 Ways to Make Preparedness Training Fun For the Entire Family

Survival Skills - How To Build A Survival Fire

The Best Ways To Find Food (Without Poisoning Yourself!) 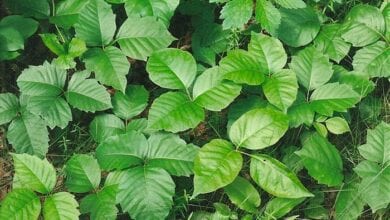 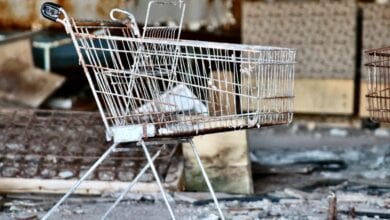 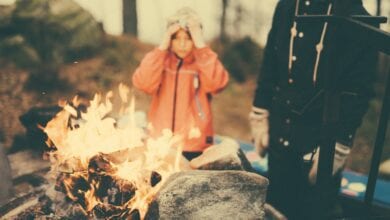 Survival Skills – How To Build A Survival Fire